The world was saddened today to learn of the loss of author Cormac McCarthy.  Mr. McCarthy lived a long life and anticipated his own passing some time ago, and thus wrote his own obituary well in advance.  It is printed without editorial comment below. 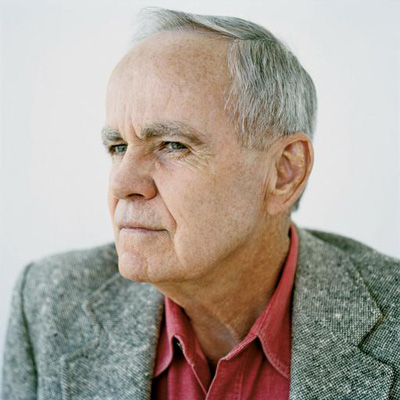 The old man died this week.  He was known chiefly in the region as a charlatan who peddled illusions to a people desperate to speak back into the echoes of its own savage past and there scrape up the dried blood on the worn stones of this country’s history.  He had white hair and a face dry and cracked like an ancient arroyo scraped into the land by a presence perhaps implied by circumstance but far from tangible and at many points seeming to be a figment altogether.

The old man had read quite a few books and at some point took it to his own mind to produce a few which was hard but honest work and in the end the satanic engines had churned up and down the hillsides devouring the trees to make the paper on which his thoughts were printed.  His works included Child of God, No Country for Old Men, Blood Meridian, and The Road.  Several were bought by soft men in suits and these men went back to their luxurious cities and they made these stories into talking pictures not entirely to the old man’s taste but it happened regardless, inevitable like the onrushing dark as the sun sinks down into the parched earth and extinguishes the light of gods and reason.  On account of one of his books he met the black woman Oprah.

The old man was not always an old man but was once a child.  He was a child partly in the East where he was born but the currents of his life dragged him West and his fascination with this place was to become in some ways metonymic with the old man himself.  When the old man was a child he once saw a dog beaten to death with a tire-iron by a local rustic and as the child who would become the old man watched the animal’s eyeball stalk and all drip like egg yolk down the cracked skull he thought, One day that will be me, and in the grand design of things he was not far off.

The old man’s favorite song was Always on My Mind but not as you would expect based on his demographics the Willie Nelson version but rather the recording from the 1980s by the Pet Shop Boys. It will be played at his services this Thursday no matter whatever his wife says.